(Albuquerque, NM) The UNM Anderson School of Management Foundation Board will celebrate and honor its 2014 Hall of Fame Inductees on Thursday, March 13, 2014. The theme this year is Lift Off, featuring the New Mexico Spaceport. Spaceport Director Christine Anderson is our keynote speaker, and we will be joined by astronaut Mike Mullane. Other elements include the loan of a space capsule and space suit from the Alamogordo Space Museum. This is the 25th year for the event that celebrates the best and brightest of our alumni, faculty and community leaders. The outstanding Hall of Fame honorees for the evening are:

The event will also honor Sarah D. Smith, Anderson Lecturer in the Department of Organizational Studies with the Faculty Community Leadership Award, and George Boerigter of SoundOff Signal will receive with the Distinguished Service Award.

Hall of Fame candidates are selected for their professional success, contribution to community, and their ongoing commitment to continuing education. Funds raised at the dinner go to support The Hall of Fame Endowed Scholarship at the Anderson School of Management. The Hall of Fame event begins at 6pm, followed by dinner and the induction ceremony at 7pm.

Corporate sponsorship opportunities are available ranging from an event sponsorship level of $10,000 to table sponsors at a cost of $1,200. Individual tickets are $150. For information, contact Sara Lucero in the Anderson School Development Office at (505) 277-6413 or luceros@unm.edu. 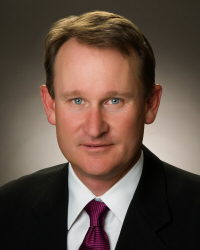 Ben L. Darwin is the Partner-In-Charge of Tax Services in the Southwest Region of CliftonLarsonAllen LLP. He has more than 20 years of experience as a highly respected business advisor and tax consultant to entrepreneurs and their businesses. As a Private Client Services partner with CliftonLarsonAllen, Ben`s entrepreneurial vision and tenacious insight has helped clients build and retain capital by leveraging tax saving strategies such as cost segregation, like-kind exchange planning, use of federal and state tax credits, tax deferrals, and asset disposition planning. Ben holds a Bachelor of Business Administration in Accounting from the University of New Mexico. He is a Certified Public Accountant and a member of the American Institute of Certified Public Accountants and the New Mexico Society of Certified Public Accountants. He is a past President of the University of New Mexico Lobo Club and is a member of the Bank of Albuquerque Advisory Board. 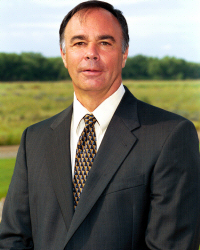 Mike Kivitz has been President/CEO of Adelante Development Center, Inc. since 1978, its first year of operation. Adelante is a nonprofit agency supporting people with disabilities throughout New Mexico. Under Mike`s direction, the agency has grown from serving six individuals to approximately 1000 daily, from a $64K annual budget to over $24M, and from one of the smallest to one of the largest human service organizations in New Mexico.

Under Mike`s leadership, Adelante has received national recognition as an exemplary organization, winning numerous national and local awards. He serves on Boards of several national disabilities policy and employment organizations. Mike has made a national impact on employment for people with disabilities. Mike credits the education he received from the Anderson School of Management with a large measure of his and Adelante`s success. He is most proud of the contributions people with disabilities make to the community, though employment, volunteerism, and presence. Mike has a bachelor`s degree in psychology and a master`s degree in counseling psychology and earned his MBA through UNM. 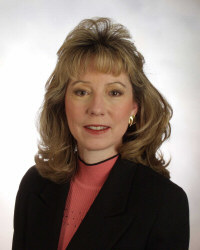 Sheri Milone has been with Lovelace Health System since 1992, beginning her career with the system as manager of acute therapy services at Lovelace Medical Center and then later moved into the CEO position of Lovelace Rehabilitation Hospital.

Sheri took the reins as CEO of Northeast Heights Medical Center (now Lovelace Women`s Hospital) in 2003 and has since overseen significant changes to the hospital. Under her direction, the hospital transitioned from being a general services hospital to one that caters to the needs of women. Sheri pioneered the additions of a Breast Cancer Center, a Neonatal Intensive Care Unit, a Pediatric Observation Unit and a Natural Birthing Center. The hospital has greatly expanded its adult services including tremendous growth and additions to the surgery department and year over year growth in the Emergency Department. She also oversaw the expansion of birthing services to Lovelace Westside Hospital, which brought this much-needed service to Albuquerque`s Westside for the first time in 14 years. 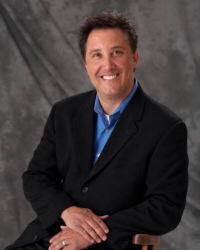 Peter Sanchez currently holds the position as CEO of the Atrisco Companies which include Atrisco Oil & Gas, LLC; Atrisco Heritage Foundation; El Campo Santo Inc., Rio Grande Educational Collaborative and Mariachi Spectacular de Albuquerque. In his capacity as CEO, Mr. Sanchez is responsible for all aspects of the Company business including business development, commercial negotiations and transactions, operations and general management. The Atrisco Companies are the modern day evolution of the Atrisco Land Grant, a 400 year presence in the community. An heir himself, he is dedicated to preserving the Land Grant`s history as well as the building a social enterprise to support the next chapter of the organization.

As a community member in Albuquerque, Mr. Sanchez maintains board positions in several community and corporate Boards of Directors including Past Chairman of the Foundation Board of the National Hispanic Cultural Center, Board Member of the Albuquerque Hispano Chamber of Commerce, Board Chair of the Golden Apple Foundation, and Board Member of the United Way. Peter Sanchez is an Anderson School Alumni having earned a bachelor`s degree in Business Administration. He is also a licensed Certified Public Accountant and has earned a law degree from the University of Houston`s Bates School of Law. In the last year, Mr. Sanchez was presented with the prestigious 2013 UNM Zia Award as well as honored as the 2013 Top CEO for Nonprofits by Albuquerque Business First.

Jesse Herron is co-owner of ABQ Trolley Co. As one of the "two guys and a trolley," he has the distinct pleasure of introducing people to Albuquerque. Born in Albuquerque, his love of the city started at a very young age. He can fondly remember watching cartoons where Bugs Bunny made that famous "wrong left toin at Albukoykee." He felt a great sense of pride in his city and wanted to make sure that Bugs never got lost in Albukoykee again (hence the start of ABQ Trolley Co.). After a short stint as a ball boy for the UNM Lobos men`s basketball team, his first paid job was selling concessions for the Albuquerque Dukes. He started on 50-cent hot dog night. Herron graduated from the University of New Mexico with a BBA in Marketing and MBA in Travel & Tourism Management and International Management in Latin America. He is an active member of the Young Professionals of Albuquerque, 40 Under Forty honoree, board member of the Albuquerque Convention & Visitors Bureau, and the proud owner of a three-legged dog named Bill Murray.

Sarah D. Smith, Esq. holds a Jack and Donna Rust Professorship in Business Ethics at the UNM Anderson School of Management. In this capacity, she teaches courses such as "The Ethical, Political, and Social Environment of Business" and "Ethics in Organizations." She also devotes many volunteer hours to Anderson School service work and other outreach efforts within the business community. Formerly Ethics and Compliance Director at PNM Resources, Ms. Smith`s background includes positions as in-house counsel for both PNM and Gas Company of New Mexico, and in private practice with the former Albuquerque law firm of Watrous & Reardon. Originally from Alamogordo, New Mexico, Sarah obtained her BA in political science from Austin College -- Sherman, Texas and her JD from the UNM School of Law.

Ms. Smith`s involvement in the field of business ethics is considerable but she considers her current work with university students her most important, rewarding role. In her classes, Ms. Smith helps students identify and consider the ethical content in decision-making, especially in the world of business. By bringing business leaders into the classroom to share experiences, by presenting "real world" case studies and designing group projects which require students to explore ethical dilemmas directly with members of the business community, she challenges students to find and deliver the best of themselves in their business careers.

George Boerigter is Founder and Chairman of SoundOff Signal, a Michigan Manufacturing and Holding Company. He has a bachelor`s degree from Hope College and master`s degrees from both the University of Southern California and Western Theological Seminary. During 1961-1963 he was a candidate for a doctorate in Management at the University of Southern California. His wife of 55 years, Sibilla is a graduate of Calvin College.

SoundOff Signal is a manufacturer of Warning Lights and Systems for Police, Fire and EMS. It has subsidiaries that manufacture LED lights for Commercial Vehicles and Buses. Another subsidiary is engaged in LED Street Lighting on an international basis. It has a manufacturing facility in Western Michigan. The company has started and controls three additional facilities in low cost areas of the world. The business has won numerous awards including World Trader of the year and SBA Exporter of the year. It does business in all 50 states and more than 20 countries. It has a perfect record of 23 straight years of growth and never has had a layoff or workforce reduction. Among his proudest accomplishments at SoundOff Signal is the cooperative work that led to the founding of successful businesses in Sweden, Poland, Taiwan, China (2) and the UK.

In 2007 the Boerigters moved to New Mexico for the majority of each year. Since coming to NM, George has engaged the business, education and arts community in numerous ways. He is sponsor of the Anderson School Business Breakfast series, a member of the Albuquerque Economic Forum, the New Mexico Angels, and is an investor in several New Mexico based start-ups -- including the idea behind the NMAngels Startup Factory. He also serves on the Board of Preferred Produce -- a new Multi state Organic Farming enterprise. In the arts community he serves on the Board of the New Mexico Museum of Natural History Foundation, Opera Southwest, and was Vice - Chairman of the NMSO.