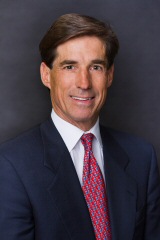 (Albuquerque, NM) The Anderson School of Management presents David R. Albin at the Business to Business Breakfast Series on Tuesday, April 8 at the Embassy Suites. Mr. Albin will discuss the future of energy and offer observations in his talk, From the 1970s to 2010s - Scarcity to Abundance: Observations from an Energy Investor. David Albin is a Senior Partner with Natural Gas Partners, a private equity firm he co-founded that has provided $10 billion of capital and sponsorship to the energy industry since 1988.

State taxes on oil and gas production plus royalties on New Mexico lands developed by the energy industry which have flowed into the state's permanent funds are the source of almost half of the state's revenues. Forty years ago during the first energy 'crisis,' pundits predicted mankind would exhaust the earth's fuel reserves, possibly within a decade or two.

Instead, energy supply and demand grew rapidly and today's predictions for future reserves call for centuries of remaining resources. How did this happen? Will today's view be wrong again? David Albin will provide insights to these questions and touch on current topics such as fracking, water use, the Keystone Pipeline, alternative energy, and climate change.

In addition to co-founding NGP, Mr. Albin also serves on the Investment Committee and assists the Firm with portfolio management and investment sourcing. He pays particular attention to the Rocky Mountain and West Texas regions from his office in Santa Fe, New Mexico. Mr. Albin is a creative negotiator and facilitator, providing skills that help NGP's portfolio companies with their strategic decision making. He also takes a keen interest in analyzing macroeconomic data relevant to the energy industry, which results in his early identification of trends that impact NGP's investment strategy as well as its portfolio companies.

Prior to co-founding NGP, Mr. Albin was a Partner in the Bass Investment Limited Partnership (BILP), an investment partnership formed by the Bass family of Fort Worth, Texas. BILP's $600 million equity capitalization increased in value to over $1.4 billion from 1984 through 1988, with a return on capital in excess of 40%. Before joining BILP, Mr. Albin was a member of the Oil and Gas group in the Investment Banking division of Goldman, Sachs & Co. from 1981 until 1983, where he worked on financing and merger/divestiture transactions for numerous energy companies.

David Albin's presentation at the Embassy Suites located at 1000 Woodward Pl. NE begins at 7:30 a.m. and a light breakfast will be served. The public is invited to attend but RSVPs are required. To register go to www.mgt.unm.edu/events/B2B or contact Sara Lucero at (505) 277-6413.

The UNM Anderson School of Management Business to Business Breakfast Series is a business lecture series sponsored by the Anderson School through the generosity of Sibilla and George Boerigter. The series hosts business leaders from across the country to speak on topics of current interest. The series is offered at no cost to the business community.