(Albuquerque, NM) The UNM Anderson School of Management Foundation Board will celebrate and honor its 2015 Hall of Fame Inductees on Tuesday, April 7, 2015.

This is the 26th year for the event that celebrates the best and brightest of our alumni, faculty and community leaders. The outstanding Hall of Fame honorees for the evening are:

Manuel Julian R. Montoya, Ph.D., a professor in the Department of Finance, International, Technology and Entrepreneurship, is the recipient of the Faculty Community Leadership Award, and Betsy Carlson of Western Assurance will receive the Distinguished Service Award.

Hall of Fame candidates are selected for their professional success, contribution to community, and their ongoing commitment to continuing education. Interim Dean Dr. Craig White says the Anderson Hall of Fame event highlights the impact that UNM Anderson graduates have in the business community.

"We are extremely proud to recognize the 2015 Hall of Fame honorees," says White. "Each demonstrates what is possible when using an Anderson education as a foundation to a career that benefits their family, business, and community." Funds raised at the dinner go to support The Hall of Fame Endowed Scholarship at the Anderson School of Management. The Hall of Fame event begins at 5:30 pm, followed by dinner and the induction ceremony at 7pm. The theme of this year's event is Imagine the Possibilities and corporate sponsorship opportunities are available ranging from an event sponsorship level of $10,000 to table sponsors at a cost of $1,500. Individual tickets are $150. For information, contact Felicia Rodriquez in the Anderson School Development Office at 505-277-1504 or feliciar@unm.edu. 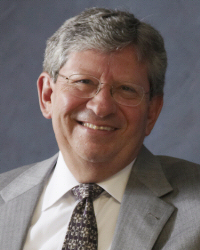 Sam Baca is an influential leader in Albuquerque's business and legal communities. He is President of Baca and Redwine CPAs, a firm widely recognized in the community for its excellence and its integrity. Sam's expertise as a forensic accountant has made him a frequent speaker on accounting in legal forums and he is often called upon as an expert witness in complex business and family law cases. He is involved in numerous community activities including the NM Economic Forum, Board Member for the NM Mutual Insurance Company, the NM Society of CPAs, where he was awarded the 2011 Lifetime Achievement Award, Rotary Club of Albuquerque, Presbyterian Foundation, and a supporter of the UNM men's golf team, including serving on the steering committee to host the NCAA Championship in 1976, 1992, and 1998. Sam earned his Accounting degree from the Anderson School of Management in 1972. 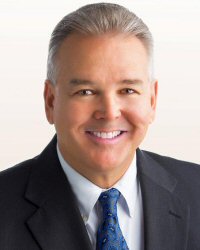 Steven W. Keene serves as the Managing Partner of the Albuquerque office of Moss Adams LLP. He has consulted with clients in a wide range of industries, on accounting and tax matters since 1981. Steve has worked with State Government, Private Industry and other key stakeholders in conducting several economic impact studies. Prior to joining Moss Adams, Steve was with an international accounting firm for 10 years. He earned his MBA from the Anderson School of Management and a BA in Economics from the University of New Mexico. Steve is a member of the American Institute of Certified Public Accountants and the NM and AZ Societies of Certified Public Accountants. He serves on the executive committee of the Board of the New Mexico Tax Research Institute, the Board of Albuquerque Economic Development, and is a past Chairman of the Board for New Mexico Special Olympics. He enjoys golf, travel, wine and art collections, reading, and supporting Lobo athletics. 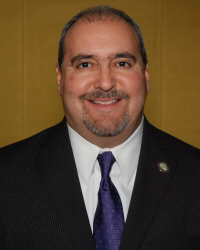 Carlo Lucero is the President of Sparkle Maintenance, Inc., the largest New Mexico headquartered janitorial services firm that is still family owned. Sparkle was founded in 1964 by Carlo's parents Ben and Ellie Lucero. Carlo and his brother Paul purchased the firm from their parents in 1991 and grew the business into a commercial janitorial service contractor with more than 400 employees in New Mexico, Texas, Nevada, and Colorado. Carlo was raised in Albuquerque and earned his BA in Economics from the University of New Mexico in 1984 and his MBA in Finance and Management from UNM Anderson in 1986. His community activities include serving on the board of directors of the Albuquerque Hispano Chamber of Commerce and the Greater Albuquerque Chamber of Commerce. He is also a founding member of the NM Connections Academy Charter School. Carlo is also passionate about attracting new technology and manufacturing based businesses into New Mexico. 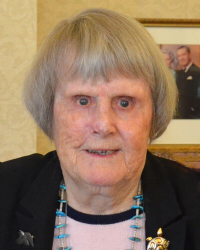 Carol Sallee is the first female to earn a graduate degree from UNM Anderson. She received her MBA from the business school (not yet named Anderson!) in 1951 and was a member of the first female cohort of four students to graduate with a BBA from UNM in 1944. During her time at UNM Carol was a member of the Alpha Delta Pi sorority and worked as a bookkeeper for New Mexico Educators Federal Credit Union. She went on to write a thesis outlining an early version of the higher education funding formula and work in many positions at UNM including Associate Dean of Women, under her mentor, longtime Dean of Students Lena Clauve.

Fabian Aragon is the manager of the CIO & IT Business Operations department at Sandia National Laboratories. He is partly responsible for the hiring of dozens of students into internship positions at Sandia as well as several into regular employee positions after graduation. A native New Mexican, Fabian grew up in Las Vegas, NM. He graduated from the Anderson School of Management with a BBA in Accounting in 2004 and received his Masters of Accounting in 2006. He serves in various capacities to guide students through mentoring, coaching, giving talks, and helping them to reach their career aspirations. While at Anderson, Fabian was the founding treasurer of the student chapter of the Association of Latino Professionals in Finance and Accounting (ALPFA).

Brandy Davis is a Partner with SingerLewak's Business Management Practice. She has more than 10 years of experience in public accounting. Brandy specializes in business management and taxation needs for entertainment and high net worth individuals. She also has experience with corporate taxation and nonprofit organizations. Brandy received her Bachelor of Business Administration with an Accounting and Human Resources concentration from the Anderson School of Management in 1999. She is a member of the American Institute of Certified Public Accountants, and an active member of Women in Film.

John Kynor, CRS earned his BBA in Entrepreneurial Studies from the Anderson School of Management in 2003. After graduating he received his Real Estate Broker's license and for nearly nine years was a top-producing broker at Coldwell Banker Legacy. In 2012 John started his own real estate agency called Qrealty and the business quickly established itself as a player in the very competitive real estate market. He is the Past President of the Greater Albuquerque Association of Realtors, Inc. 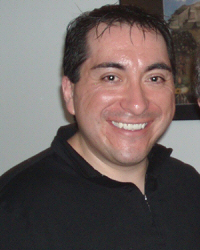 Manuel Julian R. Montoya, Ph.D. is a professor of global structures, an interdisciplinary scholar of globalization and the factors that produce a global political economy. Dr. Montoya is a member of the Council on Foreign Relations and is a Rhodes Scholar and Truman Scholar. He is the CEO of his own global consulting firm, In Medias Res Consulting, which has provided support to global NGOs and INGOs including the United Nations and UNESCO. A native from Mora, New Mexico, Dr. Montoya returned to UNM because of his interest in New Mexico as a global emerging economy. He has taught a broad array of coursework from global culture and the history of economic thought to international management.

Betsy Carlson is a twelve year veteran Insurance Agent/Broker with Western Assurance, the largest locally owned insurance agency in New Mexico. Betsy's life principle for personal and professional excellence includes prioritizing others and always representing her customer's best interest. Guided by this principle, Betsy began selling insurance 35 years ago and found her calling. Betsy was the first woman president named by the Independent Insurance Agents Association of New Mexico in 48 years. She is the past executive board member of the Association of Commerce and Industry and the first recipient of the Park Shaw Award. Betsy is a member of New Mexico Workers Compensation Appeals Board, a past member & president of the UNM Anderson School of Management Foundation Board, and currently a member of Parker Center for Family Business at UNM. Betsy grew up in Albuquerque in a large family of ten children and two loving parents. She attended Catholic grade school, Del Norte High School and UNM. She is the mother of three adult daughters and eight grandchildren.