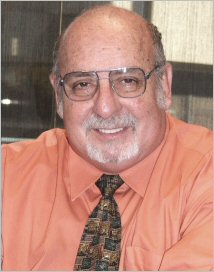 It is with a heavy heart that I inform you of the passing of our dear friend and colleague S. Howard Kraye. He passed suddenly on Saturday, May 14, around 11 a.m. from a heart attack. He was at his bank as he was making his rounds to come to campus to participate in the Anderson commencement ceremony. He had been experiencing shortness of breath since about October of 2010. He had been seen by doctors on several occasions over the past few months but nothing specific was identified. He continued doing what he loved up until his final minutes.

He will be sorely missed. I considered him a best friend, a valued research colleague, a leader in innovative education, a tireless professor, and a friend who always had wise advice if I ever needed it. For those not at the Anderson commencement on Saturday Dean Brown, in the last few minutes, gave a very touching tribute to Howard and ended with a moment of silence. "Howard Kraye has inspired a generation of students," said Dean Brown. "His dedication is a beacon that drew out the best in all who knew him."

Howard had been an integral part of Anderson for the past eleven years. His education was both formal as well as significantly practical from the world of business and the military.

Howard Kraye had over 34 years of experience in the design, installation, and management of complex electronic and computer systems. He was a recognized expert in Quality Control and taught mathematics, statistics, operations management, and technology assessment at: United States Air Force Academy, Webster, University of Southern California, University of New Mexico, Anderson School of Management, Chapman University, University of Phoenix, and Woodbury University.

He was a recognized entrepreneur and international speaker having spoken in seminars throughout the United States, as well as in Europe and Japan. He served on several state and national commissions dealing with Alternate Energy, Metric Conversion, and Transportation. He was Chairman of the Board of the California State Alternate Energy Bank, and Chairman of the Solar California Commission. He developed several innovative Intelligent Transportation Systems projects that included Air Quality Monitoring using Lasers, advanced traffic monitoring using radar and lasers, traffic incident management systems, and laser visibility systems. He was a recipient of the Outstanding Private Partner Participation Award from the Alliance for Transportation Research.

Howard Kraye achieved the 2010 Bizzell Award for Best Innovative Teaching Approach, sponsored by AACSB Southwest Business Deans in June 2010. He attended all Anderson commencement ceremonies and attended all department meetings. He was the faculty advisor for the UNM Students Veterans organization. He was the instructor of record for UNM national security studies program. He was in charge of a project to revise UNM's HR hiring procedures at the request of Dean Brown and VP of HR Ms. Helen Gonzales. And he participated in Anderson recruitment meetings for new MBA and undergraduate students.

Rhino, as was his nickname, will be sorely missed. There is a very large hole in our department and a hole in my heart. If he were reading this message now I am sure that he would have great suggestions for me as always on how to improve my message. Somehow I think he is now glad that he was a part of our lives. I am blessed to have known him.

May you rest in peace Howard.