This is the 27th year for the event that celebrates the best and brightest of our alumni, faculty and community leaders. The outstanding Hall of Fame honorees for the evening are:

The outstanding Hall of Fame honorees for the evening are:

The Young Alumni honorees include:

Sonnet and Ian McKinnon will receive the Distinguished Service Award. The McKinnons are the lead donors for the new Anderson building, which, once completed, will be known as the McKinnon Center for Management. Preparations are well underway for the new facility and construction is scheduled to begin in early 2017. The Faculty Community Leadership Award will honor Marketing Professor John Benavidez, who in addition to being a long time faculty member is also an Anderson graduate. 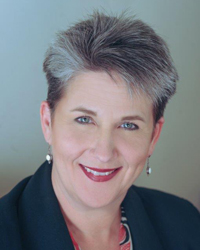 Janet M. McHard earned her BA from UNM and her MBA in Accounting from the Anderson School of Management in 1997. Janet is the Founding Partner of McHard Accounting Consulting LLC, a nationally-recognized firm dedicated to forensic and investigative accounting. She is a Certified Fraud Examiner, a certification bestowed upon examination by the Association of Certified Fraud Examiners, for whom she has been a faculty member since 2003, teaching fraud examination techniques to professionals across the United States and Canada. She holds a CPA in the states of New Mexico and Arizona. Janet is a Master Analyst in Financial Forensics, a designation offered by the National Association of Certified Valuation Analysts, and is certified in Financial Forensics by the American Institute of Certified Public Accountants. Janet served as the President of the NM Chapter of the Association of Certified Fraud Examiners from 2009 through 2014 and currently serves as the Treasurer for the Chapter. Janet has served as a board member of several entities including, currently, the Albuquerque Housing Authority. Janet is a long-time supporter of various non-profit entities, including the United Way of Central New Mexico, where she has been a member of The Tocqueville Society since 2010. 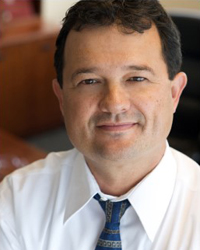 Robert Sachs is Owner, President & CEO of TEAM Technologies, Inc. (TEAM) formerly Team Specialty Products. TEAM is a "high tech" engineering and manufacturing company located in the Sandia Science and Technology Park in Albuquerque, NM. For several years, TEAM has earned the Flying Forty award as one of New Mexico's fastest growing "high tech" companies in NM. Robert has been successful in continuing to grow the company and provide high paying jobs in NM. While at the helm, Mr. Sachs has significantly grown the company and capabilities and has recently expanded operations into Mexico. TEAM has been accelerating high tech companies for more than 14 years and recently created "TEAM Accelerator" which is expanding its reach to a variety of start-up technology companies and currently accelerating 15 companies primarily around energy and biomedical technology. Mr. Sachs earned an Executive MBA from the UNM Anderson School of Management, and earned consecutive bachelor degrees from NMSU in Applied Mechanical Engineering (BS) and Business Management and Economics (BBA). Mr. Sachs spent the majority of his engineering career with Hughes Aircraft Company. In 2014, Mr. Sachs was the Chairman of the Board of the Albuquerque Hispano Chamber of Commerce, he has also served on the board of the Greater Albuquerque Chamber of Commerce, the Executive Committee of the Bi-National Sustainability Laboratory in Santa Teresa, NM, the NMSU Dean of Engineering Advisory Council, and the Sandia Science & Technology Park Advisory Council. 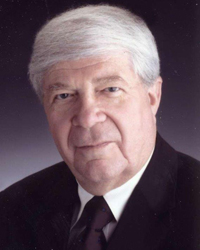 Lee Trussell was born and raised in Albuquerque. He graduated from Highland High School and entered UNM on an athletic scholarship in track and field in 1959. Following graduation in Business Administration in 1963 he entered the business community where he experienced a broad range of ownership and executive management positions in numerous domestic business sectors. He was a senior executive responsible for international businesses involved in energy exploration and utilities development and distribution in Turkey. Lee is currently president of Advanced Manufacturing Analysis & Research Corporation and founder/president of the Center for Applied Entrepreneurial Studies, where he presents an education program for aspiring entrepreneurs and individuals wishing to gain business operations knowledge. Lee's community involvement includes Vice-Chairman of the Albuquerque Development Commission and the New Mexico Veterans Memorial Foundation Board. Previously he was Vice-Chairman of the Greater Albuquerque Chamber of Commerce, Vice-Chairman of the St. Joseph Healthcare System, and president of Cancer Resource Center. As a United States naval officer (Captain, USN retired) Lee held highly responsible senior officer positions in the naval reserve, including eight US Navy reinforcing/sustaining commands. He earned a Master of Business Administration degree summa cum laude from the Anderson School of Management in 1984.

Valerie Almanzar is the CEO of Your Casa Team with Keller Williams Realty in Albuquerque. She started her company in 2010 and in the first year experienced impressive growth of 222%. The company is currently ranked in the top five teams in the State of New Mexico for number of transactions and in the top 10 for sales volume. Valerie graduated in 2006 with an MBA in Marketing and an MBA in Operations Management. She knew she was good at sales and credits the Anderson School for helping her find the best fit for her talents. She is a REALTOR Magazine 30 under 30 Award Recipient and a graduate of Leadership Albuquerque. Valerie makes giving back a priority. In 2015, her company supported education by donating $500 of each home sold during a three month period to the National Society of Hispanic MBA's student scholarships. She is also a member of the New Mexico Angels and is actively investing in companies that are growing the economy and opportunities in New Mexico.

Deena Crawley is the Marketing Director for Dion's and serves on the company's Executive Team. Prior to her marketing position, she worked on the operations side of the business for five years and also worked in brand planning for seven years at McKee Wallwork and Company, an advertising agency in Albuquerque. Her previous client list includes companies in the Fortune 100 from an array of industries ranging from retail to public health to finance. She is a two-time Effie finalist, former President of the American Advertising Federation of New Mexico, and a frequent speaker at UNM. Deena graduated from the Anderson School with a degree in Business Administration. She is married with three dogs and is an avid marathon runner.

Bridgit Luján
A native of Albuquerque, Bridgit is the Founder, Executive Director and Artistic Director of Dulce Flamenco Internacional Inc. (DFI), a 501(c)(3) nonprofit arts organization. DFI presents national tours featuring professional artists from Spain, as well as dance and music classes and educational lectures. Bridgit studied dance since age 2 and music since age 9. She utilized the skills learned at UNM Anderson to turn her passion for the arts into an international enterprise. The company has been featured in the press over 50 times nationally. Bridgit was on the faculty of the Santa Fe Community College for five years and has a NMPED Professional teaching license with endorsements in Business Education, Spanish, English, and Dance. She is a published author contributing to a UNM textbook in 2003. Bridgit does extensive work in the New Mexico community offering classes for low-income children and also has worked with special needs adults. In 2013, Bridgit was accepted into the Asociación de Profesores de Danza Española in Spain and is the only American to gain such recognition. Bridgit earned her BBA in General Management in 1998, an MBA in International Management and Human Resource Management in 2000, and a MA in Dance History and Criticism in 2004.

The McKinnons both grew up in Albuquerque. Sonnet is an Anderson School alumna who graduated with a BBA in 1993. Ian is the Founding Partner of Sandia Holdings, LLC. Located in Greenwich, Connecticut, Sandia is the primary investment vehicle for the McKinnon family and related entities. Prior to founding Sandia, Ian spent nearly twenty years at Ziff Brothers Investments, from which he retired as a Managing Partner. Ian received an MBA from Harvard Business School as a Baker Scholar, and graduated summa cum laude and Phi Beta Kappa from Occidental College with a BA in Public Policy. He was also a finalist for both the Rhodes and Marshall scholarships. Outside of the office, Ian serves as a Trustee of the Brunswick School in Greenwich, where he also chairs the Investment Committee. Additionally, he is a Trustee of Albuquerque Academy and the Santa Fe Institute, and serves on the Advisory Board of HighVista Partners, a money management firm in Boston. Finally, he is one of the founding partners of TEAM8, a sports management company. Sonnet was elected to the UNM Foundation Board of Directors in 2006, where she served as National Vice-Chair through the completion of her term in 2010. She currently serves on the board of the Greenwich Academy and is the President of the Roger Federer Charitable Foundation. She was previously a board member and mentor for REACH Prep, an organization that provides academic and other forms of assistance for underprivileged students who at applying to and matriculating in private preparatory schools. In 2010, the couple created the endowed McKinnon Distinguished CEO Lecture Series at the Anderson School. A year later they made the largest single gift ever to UNM by living individuals, earmarking $7.5 million to benefit the Anderson School, University Arena ("The Pit") and the UNM Tennis Complex. The $5 million allocated to the Anderson School is the lead gift for the new Anderson building, which once completed, will be known as the McKinnon Center for Management. 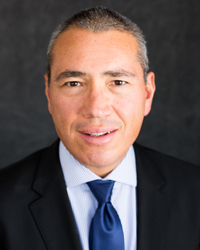 John Benavidez is an alum of Anderson and an 18 year faculty member at the school. In his marketing classes, John uses an experiential learning model that replaces textbooks and lectures with hands-on learning where students form and operate an advertising agency. The student-run agency is responsible for developing, implementing, and evaluating an integrated marketing communications campaign. Many of these real-world projects have been conducted as part of national collegiate marketing competitions. Anderson has had considerable success, including seven first place honors, two second place honors, and two honorable mentions, in competitions against schools such as the University of Arizona, Indiana University, Michigan State University and UCLA. With his success John lobbied for and received resources and a dedicated space for the marketing program which is now known as the Rick and Debbie Johnson Marketing Lab. John stays up-to-date and connected with the business community by serving on boards and presenting at industry conferences and events. He is past president of the New Mexico Chapter of the American Marketing Association, and a recent member of the American Advertising Federation of New Mexico Board of Directors. John is also the faculty advisor for UNM Collegiate DECA, an organization that prepares students for careers by integrating skills learned in the classroom into real world experiences.